The Medi-Lite project is based on the analysis of numerous scientific studies that have demonstrated the protective effects of the Mediterranean against chronic-degenerative diseases.

In the last few decades, the Mediterranean diet has been linked to a number of health benefits, including lower incidence of chronic diseases and reduced mortality risk. In order to determine the degree of adherence to the Mediterranean diet, clinical nutritional research has focused on the evaluation of the dietary profile as a whole, rather than on individual foods or food groups.

This has led to the development of dietary scores that assess, through a numerical score, the degree of adherence to the Mediterranean diet of a population.

These adherence scores, however, have important limitations, mainly because they are optimal for an epidemiological setting, but cannot be used at an individual level. 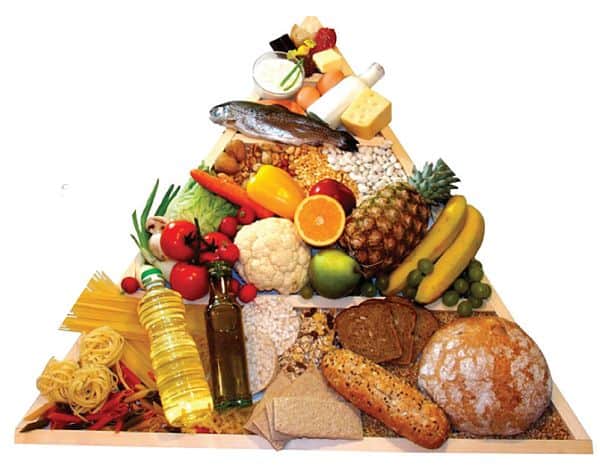 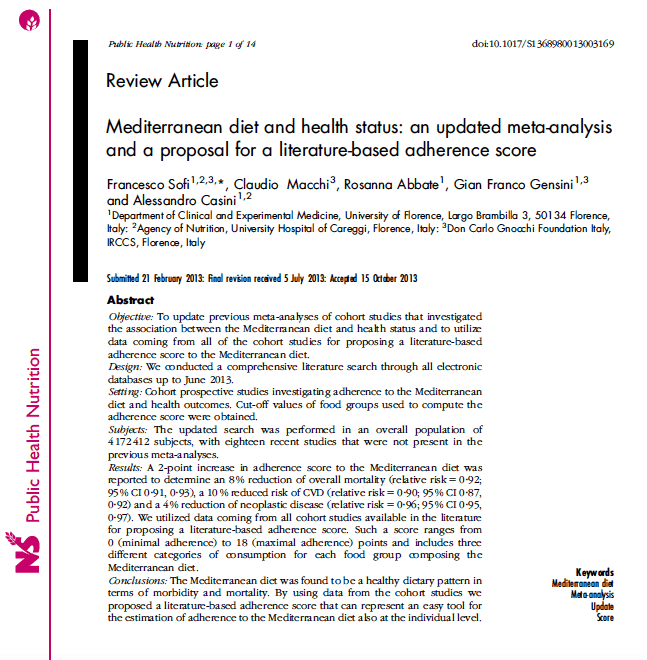 The first and most widely used adherence score was created by Prof. Trichopoulou and colleagues. This score is based on the daily and/or weekly consumption of certain foods defined a priori typical of the Mediterranean diet. Other scores have been created by other researchers for assessing the agreement with the Mediterranean diet in different geographical populations or in populations with different physiological states.

Hence the idea of developing a practical, easy and evidence-based tool for assessing the adherence to the Mediterranean diet at an individual level, using data of daily and/or weekly consumption of typical and non-typical Mediterranean foods available in the literature.

Data reported in the meta-analysis by Sofi and colleagues (a meta-analysis is a statistical analysis that combines the results of multiple scientific studies addressing the same question), published in the journal Public Health Nutrition in 2014, were used to develop the Medi-Lite score.

The absolutely innovative aspect was the possibility to measure and quantify the complex concept of adherence to the Mediterranean diet, linking it to health indicators.

How it has been developed

The Medi-Lite score has been developed starting from the scientific studies included in the meta-analysis on Mediterranean diet and health status published in 2014. First of all, the amounts chosen as cut-offs for determining adherence to the Mediterranean diet were extracted from each individual study.

Subsequently, the median amounts of foods consumed were calculated and the values obtained were weighted for the number of subjects enrolled in each study.

From this calculation, daily and/or weekly consumption values have been obtained for typical (fruit, vegetables, cereals, legumes and fish) and non-typical (meat and meat products, dairy products) Mediterranean foods. For typical foods, a value of 2 was assigned to the highest category of consumption, 1 for the middle category and 0 for the lowest category. 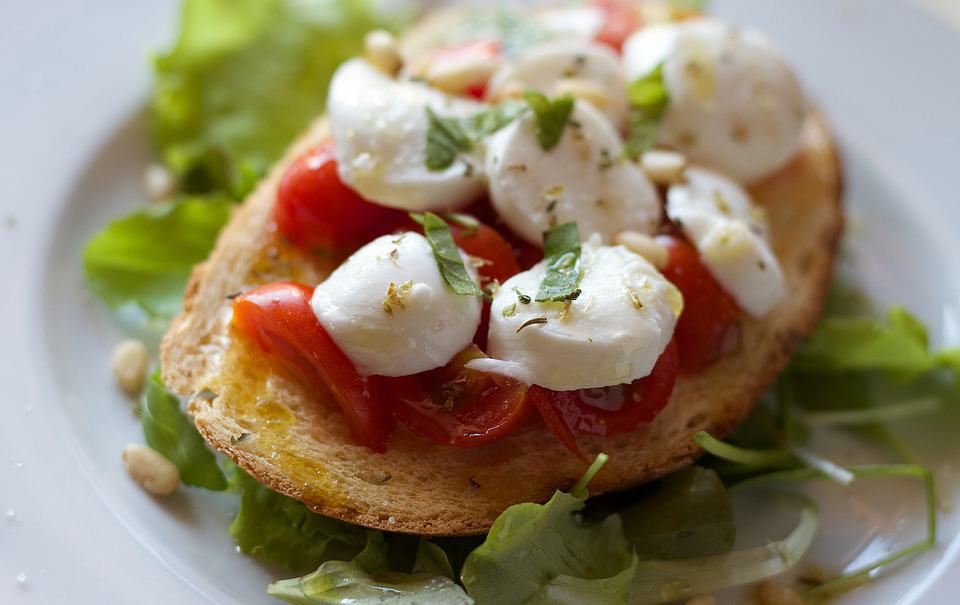 Conversely, for food groups not typical of the Mediterranean diet (meat and meat products, dairy products), a value of 2 was assigned for the lowest category, 1 for the middle category and 0 for the highest category of consumption.

Finally, 2 points were assigned for regular use of olive oil, 1 point for frequent use and 0 point for occasional use.

The final score, obtained by summing these values, varies from 0 (low adherence) to 18 (high adherence).